The Hidden Powers of Animals: Uncovering the Secrets of Nature 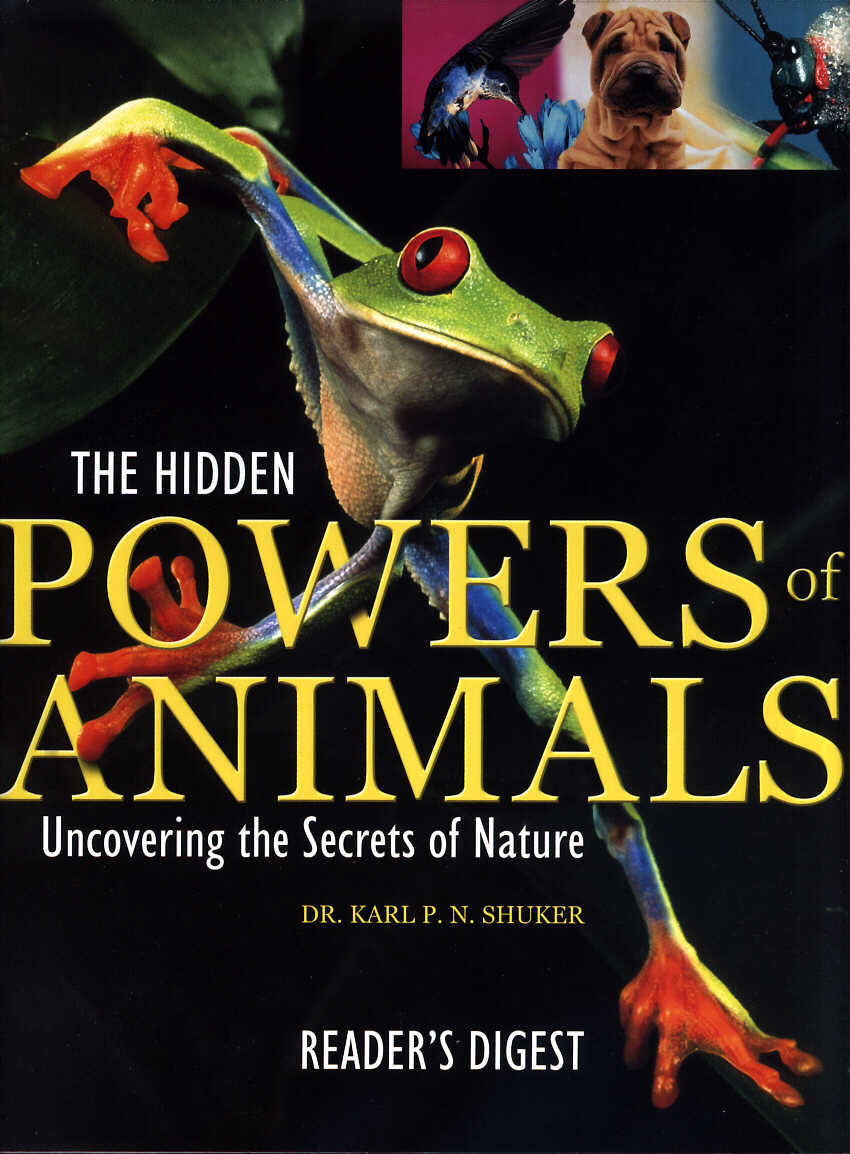 
Enter a world of perception far stranger than anything that we can imagine - where ultraviolet light is visible as an exotic extra colour and the fiery glow of body heat can be instantly seen, where animals are sensed by the vibration fingerprints they leave behind in water, or betrayed by the minute electrical signals coursing through their nervous systems.

Visit a realm where lizards squirt blood from their eyes at enemies, and finches drink the blood of other birds like feathered vampires, where catfishes predict earthquakes, foxes practice hypnotism, seabottom stargazers generate their own electricity, whales harness the earth's magnetic field for navigation, and worms dance by the light of the moon.

Discover extraordinary life forms that voluntarily enter suspended animation to cheat death, heal themselves and each another with esoteric herbal remedies, live alongside and even inside one another as unexpected or unwelcome flatmates, undertake marathon journeys around the world, and communicate to us their innermost thoughts and emotions.

Experience all of these astonishing wonders and countless others too when you investigate The Hidden Powers of Animals, in the company of Dr Karl P.N. Shuker, a world-renowned zoological expert, as your guide. So open this book now, packed with the very latest and most remarkable wildlife discoveries, and embark upon a truly unique voyage of revelation through lands populated by amazing creatures beyond your wildest dreams - and nightmares!


"This is a treasure-trove of astonishing animal facts. Since many of the theories discussed are based on recent research (which one would have to trawl through specialist publications to find), The Hidden Powers of Animals is an extremely useful crash course in current ethological thinking and a perfect introduction to the subject for the general reader. Clear, concise and with plenty of useful explanations and diagrams, this is also just the kind of book to turn on younger readers to the wonders and pleasures of zoology. And besides being hugely informative, Hidden Powers fulfils a perhaps even more important task - reminding us that as well as being fascinating 'others', our fellow creatures are also highly intelligent, hugely accomplished and frequently emotional beings deserving of a damn sight more respect from humans than is their usual lot."
David Sutton, Fortean Times, April 2002.

"The latest in the line of tomes from that quality book factory known as Dr Shuker is a digression from his usual cryptozoological fare. Here Karl focusses on the odd behaviour and uncanny abilities of known species. These can be remarkably weird indeed. Take for instance the chiton, a primitive mollusc with a magnetic radula, the rat king, a mass of black rats all connected by entwined tails, or the frankly repulsive relationship between the rose snapper and the marine isopod Cymothoa exigua. This parasite crawls into the fish's mouth and eats its host's tongue. It then attaches itself to the snapper's lower jaw with hooks and becomes the fish's new tongue (God must have been reading Clark Ashton Smith that night!). Here you will find spiders on drugs, drunken butterflies, animal funerals, and fainting goats. There are many strange facts with which you can amaze your friends and impress the opposite sex. For example, did you know that the duck billed platypus dreams more than any other animal? You do now...An amazing book."
Richard Freeman, the CFZ, Animals and Men, Summer 2002.

"A guide to the fascinating and often bizarre behaviours and senses evident in many animal species."
BBC Wildlife Magazine, October 2002.

"A good way to do this [grab the imagination] is to tap into that most compelling of subjects: animals. No surprise, then, that top of the heap in the latest crop has to be The Hidden Powers of Animals by Karl Shuker. In an intriguing introduction to the world of animal behaviour, he covers everything from the super senses of sight and hearing that some beasts and bugs have, to their emotions, their attack and defence mechanisms - even their humour (ever seen kissing fishes?). Shuker explores the strange effects believed to be based on electromagnetism, such as navigation in migratory birds and whale strandings."
New Scientist, 16 November 2002.

"How do sharks use electricity? How do elephants communicate with other elephants across vast distances? How have lost pets traveled thousands of miles to return home? These are but a few of the animal kingdom's mysteries this book unravels with easy-to-understand prose and telling photographs."
Joni Praded, Animals, Winter 2002.

"A fascinating look at the astonishing behavior and super-human abilities of animals, from kings of the jungle to household pets. Written by an experienced zoologist and based on cutting-edge scientific research, this book reveals incredible truths about animals and their remarkable sensitivities, skills and strengths."
Editorial review, Amazon.com